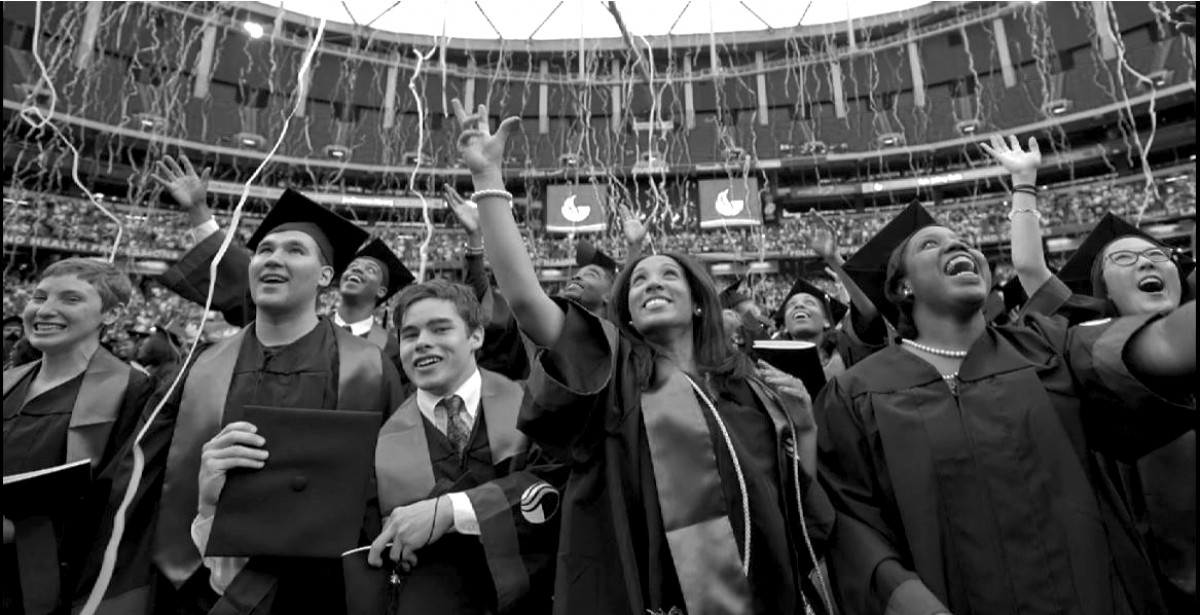 Over the last five years, Georgia State University in Atlanta, Georgia, USA, has used a student-centred approach underpinned by predictive analytics to turn itself around from a low-performing university to one that is defying its poor urban demographics.

Over the last five years, Georgia State University in Atlanta, Georgia, USA, has used a student-centred approach underpinned by predictive analytics to turn itself around from a low-performing university to one that is defying its poor urban demographics.

The issues Georgia State University has overcome are many of the same ones that our tertiary system here in New Zealand is facing, like under-matching, drop-out rates, poor progression, low completion, poor course choices and ethnic disparities in the participation and completion of bachelor’s qualifications.

The Productivity Commission highlighted the work of Georgia State University in Chapter 11 of its final report about innovation in the tertiary sector.

Our CE Tim Fowler says, “Georgia State University’s journey provides an inspirational role model of what we believe New Zealand tertiary education organisations can do by using their data to better understand their learners. If this university has achieved parity for its students, we can do it here too.”

We have been having regular discussions by webinar with Dr Tim Renick, Georgia State’s Vice President for Enrolment Management and Student Success, who is leading the university’s Student Success Initiative. We have talked to him about the university’s work as we are very keen to see similar approaches being adopted here and adapted to New Zealand conditions.

“Universities are honour-bound to defy conventional approaches to students, otherwise they merely perpetuate inequalities for disadvantaged students that the higher education system has been producing for decades,” says Dr Renick.

What the university has achieved

The results Georgia State has achieved in just five years speak for themselves:

At less cost to students:

And better results for the university

This success has been achieved during a decade when the university has been experiencing funding cuts combined with significant growth in the numbers of African American, Hispanic and Asian students, and also in Pell students (ie, students are from low income families – with an annual household income less than $23,000).

The university started this transformational journey when it posed the question: “are we the problem?” As a result of its enquiry, the university began to shift its emphasis to the student and began looking at how to serve its students better.

Using historical data combined with predictive analytics the university identified 800 actions and behaviours that correlated to a higher risk of students dropping out.

Georgia State then developed a new technology platform linked to student records. Now, as soon as one of these 800 indicators shows up on a student’s record, it triggers an automatic alert to the student’s academic advisor who can plan a targeted intervention within 48 hours. These alerts have triggered 52,000 one-on-one meetings between academic advisers and students – what the university refers to as “intrusive advice”.

To address the issue of “summer melt” the university designed an online portal to track where students get stuck in the enrolment process, usually because the process is too demanding and complex. Alongside this, it set up Chat Bot, a knowledge-based texting system allowing students to text a question and get an automated answer from the knowledge database. In its first three months, Chat Bot answered 201,000 questions from enrolling students.

All enrolling students are set up in small learning communities, based around their “mega-majors” and consisting of like-minded individuals. This structure creates a sense of community that helps overcome some of the sense of alienation of being a low-income first generation student in a big impersonal public university campus. It also allows the university to push out programmes targeted to the interests of each learning group.

To address the issue of students enrolling in the wrong courses, the university developed a platform of online academic guides that provide students with access to live job data with suggestions (as Amazon does for books) for other related areas and higher levels of study.

Georgia State’s innovative work is now part of a collaborative study project involving 10 other universities that form the University Innovation Alliance. The university has received nearly $9 million in funding from the Department of Education to see whether it can replicate its results using proactive analytics-based academic advising in other universities.

“It’s not enough to create a programme to address an issue like parity, you have to change the way the university operates for all students,” says Dr Renick.

You can also explore data insights for the New Zealand tertiary sector with our Information Product Library.