In this fourth and final RoVE Newsletter for the year I’d like to summarise where we’ve got to with the Reform of Vocational Education and set out the next steps.

In this fourth and final RoVE Newsletter for the year I’d like to summarise where we’ve got to with the Reform of Vocational Education and set out the next steps. 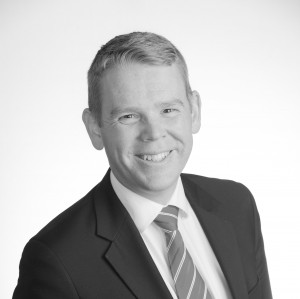 It’s been a busy year, in particular since August, when we finalised our decisions. I’d like to start by thanking you for your contributions and insights as we move the vocational system onto a more sustainable and flexible footing, in the interests of both employers and learners.

We’ve sought your advice on implementation and it’s been forthcoming. We received 2,904 submissions, and connected with more than 5,000 people in approximately 190 events, meetings and forums, listening to feedback and thoughts on the proposals and getting a clearer picture of what people hold dear in relation to the vocational education system.

Public written and oral submissions on the Education (Vocational Education and Training Reform) Amendment Bill were invited in October 2019. The Education and Workforce Committee received submissions from 236 unique submitters including individuals and organisations, with 71 choosing to submit orally.

We’ve heard through our consultation and engagement that the process overall should not be rushed but within the confines of that, milestones should be well-signalled and some decisions made at pace to provide certainty, such as the formation of Workforce Development Councils (WDCs).

They will cover most of the industries that employ around two and a half million people across half a million businesses throughout New Zealand. A particular benefit is that the WDCs will represent the training needs of a number of new industries or sectors not currently covered by ITOs. These industries will now have a powerful industry voice.

Next year we will see a further stepping up of progress, as these changes take shape.

The major milestones expected in the first half of 2020 are:

Amidst this change, I’d like to reiterate why we’re doing what we’re doing.

The Government is working hard to get ahead of what, for a long time, has been lagging infrastructure investment. We need many more trained people in every sector to drive continued growth.

Over 70% of employers surveyed say there is, or will soon be, a skills shortage in their industry area, but only a minority are offering training to staff. There are 30,000 fewer New Zealanders participating in on-the-job training, apprenticeships and traineeships than there were 10 years ago.

We’re replacing a disconnected competition-based system with one that is more collaborative and networked, has more industry and local input, and creates more opportunities for people to access consistent and quality training closer to where they live.

I hope you have a wonderful Christmas break with family and friends.